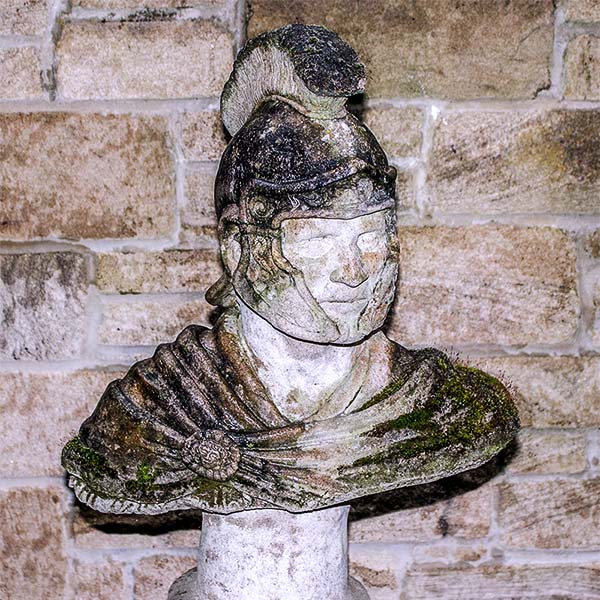 I’ve never been to Hadrian’s Wall. So when, during an autumnal visit to Northumberland in England, I was given the opportunity to join a party planning a gentle stroll around a section of Hadrian’s Wall I eagerly accepted.

The day dawned windy and wet and our party of thirteen dwindled down to five. The rest opted to spend the morning sitting in front of a warm fire with the Sunday papers.

I had no idea what to expect and half-thought (hoped) there’d be somewhere we could park with far-reaching views where we could sit and look at Hadrian’s Wall from the warmth and dry of our mini-bus. Silly me!  To see Hadrian’s Wall, walking has to take place. The five of us therefore had a quick vote and decided we’d first go to the Roman remains at Vindolanda, the nearby site of a Roman fort. 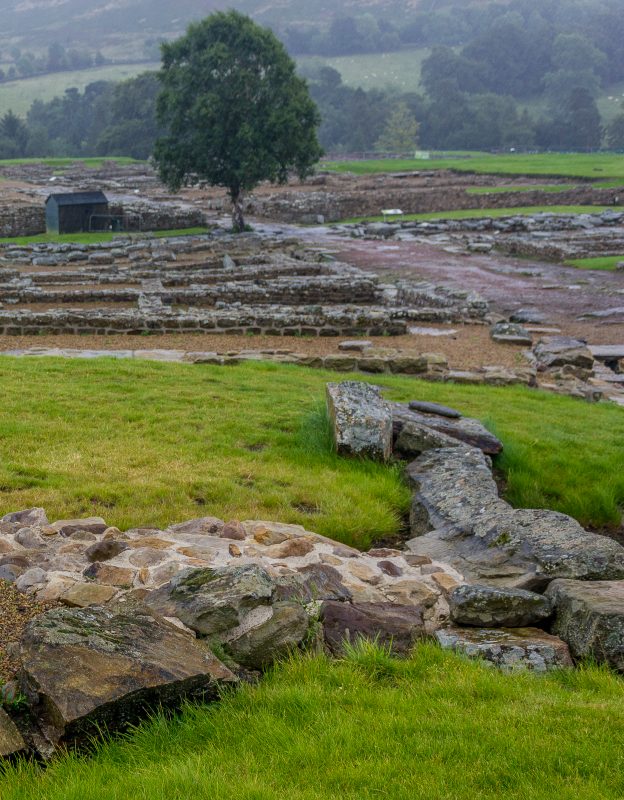 I’m not sure why we thought this plan would keep us any drier. By this time the rain was falling sideways and the Roman excavations were not under cover. “I’ll try and do most of the talking inside in the entry display area” our guide told us helpfully. I suppose she wasn’t too keen to get drenched either.

She told us that the work there was carried out by volunteers, and had begun just over 40 years ago. At that time it was thought that two successive Roman forts had been built on the site but as they years went by, they discovered about nine forts had been demolished and rebuilt. The painstakingly slow work will probably take another hundred years to complete 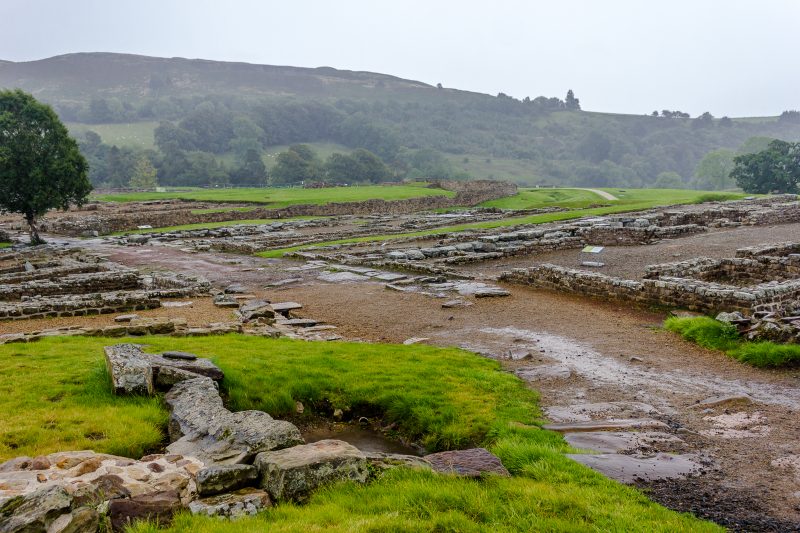 Talk over, it was time to pull on the raincoats, seize our umbrellas and head out to view the excavations close up. First stop was down the paths towards the remains of the village where the camp followers would have lived just outside the fort.

The camp followers comprised of the soldiers’ relatives, merchants, craftsmen, slaves and priests. The soldiers were generally well paid and in silver, so most armies would attract a number of civilians who, once the soldiers had set up a permanent base, would settle themselves close by.

The rainy walk continued to the bath house on one side of the excavations. 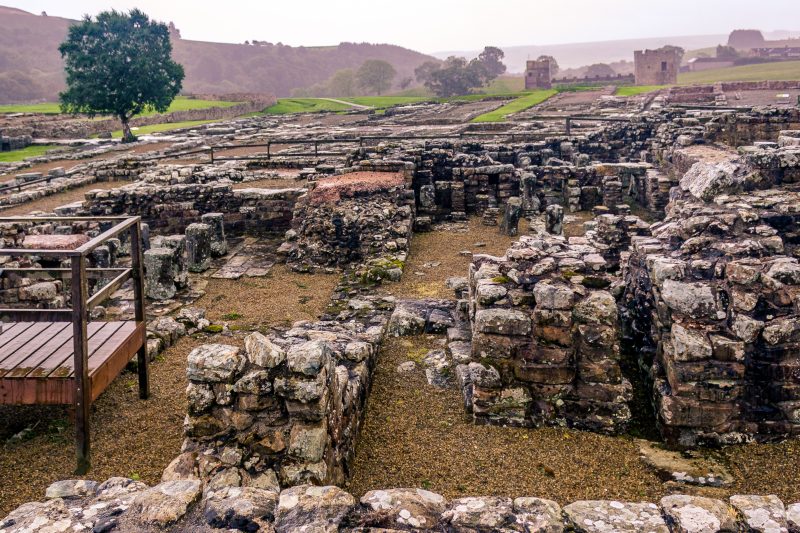 The Bath House at Vindolanda

These were quite social places and probably used by civilians too. Our guide told us that Roman soldiers didn’t use soap but oil and steam to sweat all the dirt out of their pores. Afterwards she showed us an instrument which looked like a wooden hook called a strigil  which the soldiers would use to scrape the oil, sweat and dirt off themselves into a special receptacle.  After I’d recovered from the yuck factor I learnt that there are places in the world today where oil baths are so popular they’re even considered a draw-card. 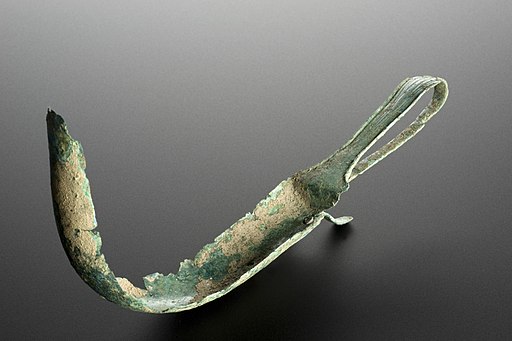 Standing there gazing out over the remains of the fort it was hard to get my head around the fact that these ruins were originally buildings constructed between 1,600 and 1,900 years ago. What was life like back then? What would it have looked like?

Check out this YouTube video to get an idea.

We use cookies to ensure that we give you the best experience on our website. If you continue to use this site we will assume that you are happy with it.Ok