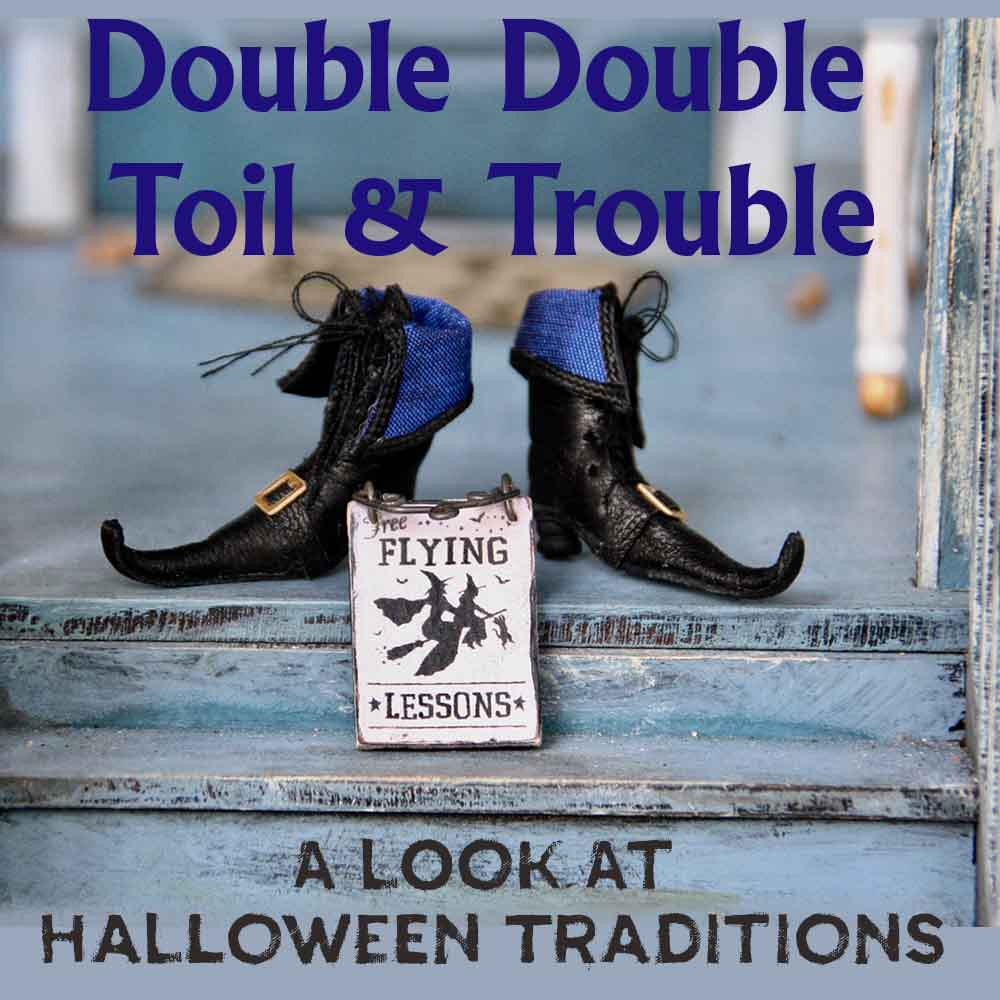 Look out it’s Halloween again! Time to stock up the cupboard with treats for little visitors or, if you live with small trick or treaters, get creative with costumes.

In honour of this popular celebration of all things spooky, I decided to look into the origins of some of our favourite Halloween customs.

Where does the word Halloween come from? It’s a reference to All Hallows Day, a Christian feast dedicated to remembering the dead. The word Halloween has been in use since the mid eighteenth century and is a contraction of Hallows Evening. Over the centuries a number of Halloween traditions have become popular but what were their origins?

These are also known as Jack-O-Lanterns. A scary face would be carved into a hollowed out vegetable such as a turnip with a candle inside, and carried after dark to ward off evil spirits. The “Jack” possibly refers to the Irish legend of “Stingy Jack”. According to the legend, Stingy Jack made several bargains with Satan and ended up doomed to roam the world with just a light in a hollowed turnip to guide him.

There are many theories about the tradition of “trick or treating” but it’s thought to come from Britain and Ireland where it was common for people to dress up at Halloween and go from house to house singing songs or reciting poetry in exchange for food. Sometimes these performers didn’t receive a warm reception so they would issue the occupants of those houses with a warning that “misfortune” may befall them.

People have probably always used decorations in their Halloween festivities, but during World War II, when there was sugar rationing, Halloween became a non-event. It was revived after the war becoming a more family-friendly event. People started decorating their homes and gardens and, over the years, the decorations have become more elaborate. Yet, they are still mainly based on the symbols from ancient folklore.

If you’re looking for some Halloween decorating inspiration then check out these images on Pinterest.

Apple bobbing is a popular party game at Halloween. It involves filling a large tub of water and floating apples in the water. Then, using only their teeth, players have to try and bite into the apple. This game probably originated as a fortune telling game. The first one to bite into an apple would be the next person to marry.

Scary and ghoulish costumes were originally worn in order to either frighten dead spirits so they wouldn’t do any harm or deceive the dead spirit into thinking the person was one of them and leave them alone.

Here are a few much cuter examples for inspiration. Isn’t that baby owl adorable?