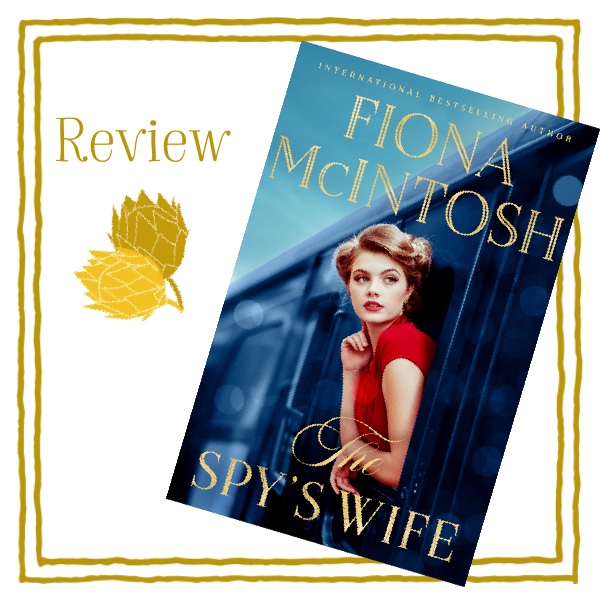 The Spy’s Wife by Fiona McIntosh
My rating: 4 of 5 stars

Evie is a stationmaster’s daughter, based in Yorkshire. She becomes involved with Roger, a man who visits the station each week. But it’s later discovered that Roger is a German spy called Max, and he’s arrested. But he tells Evie he was sending incorrect information back to Germany. He was forced to spy to save his half Jewish son. Evie believes him and, as he’s facing possible execution, she strikes a deal with the British authorities. She’ll spy on Germany in return for Max’s freedom. Her fluent German and ability to lip read will be valuable assets. She travels to German posing as Max’s naïve, empty-headed wife.

All in all, a gripping read. I liked the main character, Evie. She’d had some struggles and tragedy in her life, and yet she hadn’t let that define her. She was strong and intelligent, yet empathetic; characteristics I really enjoy in the main female characters of the books I read. The research and historical detail seemed beautifully authentic. I could just visualise this all unfolding in my mind. In fact, this would make an amazing movie. Lily James would make a great Evie!

We use cookies to ensure that we give you the best experience on our website. If you continue to stay on this site, we assume you are happy with that.Ok